How did I feel under the dark needle? Resolved. Determined. No fear. No pain. Exhilarated.  The thought of getting a tattoo had never really occurred to me even a year ago. This semi-pondered whimsy kind of found me over a week’s end. On a busy Friday, I met a patient, who, I would learn, is a tattoo artist up the way from my office. As coincidence might dictate, he had illustrated my staff mate’s very first tattoo a decade prior. This theme of inking pervaded the weekend. I met new friends at a birthday celebration that Saturday, where they shared stories behind their respective tattoos and were quick to dispel myths that often circulate regarding tattooing and parlors. I attended another party that Sunday where I met a woman with gorgeous flowing tattoos. I learned of the symbolism in her chosen artistic expressions, and I was transfixed. Monday morning, I realized that these introductions were not simply coincidence, they were revelations. 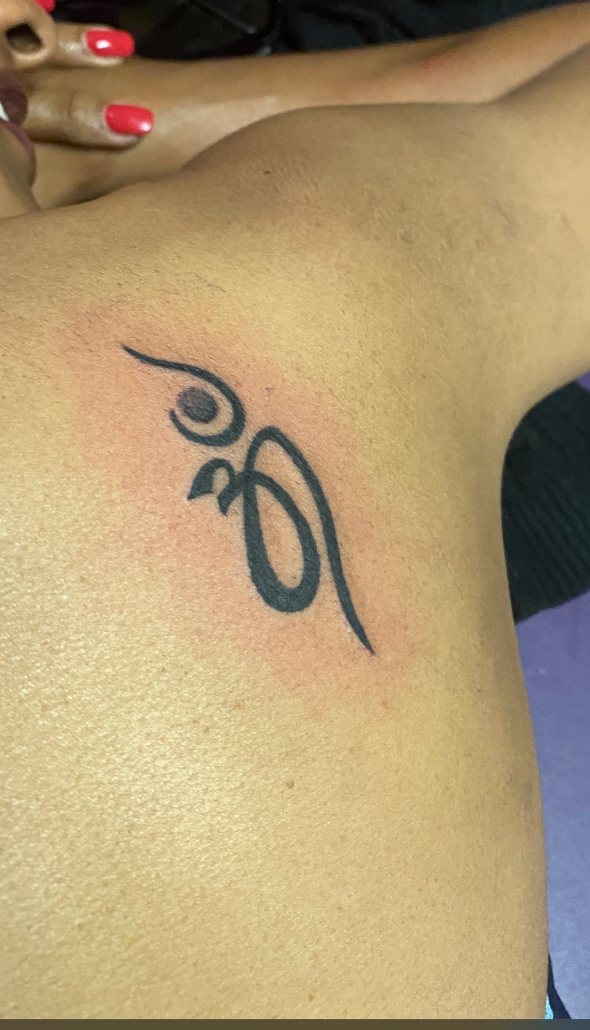 I knew that my first tattoo would be an ancient Hindu Om symbol – an evocation of the Hindu holy trinity Brahma, Shiva, Vishnu: Creator, Destroyer, Preserver. The symbol itself is quite recognizable, but I chose an artistic rendering that was less obvious to the unfamiliar eye. And that originality suited me fine; I do not think myself wont for the tried and true. To the contrary, I have always preferred otherness.

I named my daughter Divyana. Divya means divine beauty in Sanskrit. The ‘ana’ was a nod to Eastern European feminization of names. I merged the two traditions and Divyana was born. I remember feeling a rush of love in how she came to be even before she physically graced my world. Interestingly, my father, tradition centered by nature, questioned my naming, stating ‘I have never heard of the name before. It doesn’t exist,’ to which I responded, “then she will be an original.”

I resolved to get my first ink that Monday after a weekend filled with tattooing 101 with new and trusted friendships. I settled upon the most alluring of Om renderings that had popped up on my internet search. I walked to Mos where the easygoing receptionist instantly put me at ease and deftly suggested size and location for my body art. My appointment was confirmed and off I went to kill some time.

The whole experience is not one I wish to forget. From walking in to a simple but deliberate space, to meeting the artist who offered me no reason to disbelieve in his capacity, or my decision, I felt a surreal level of comfort. I lay face down on the table, my hand comforted and grasped by another while Presley tatted for twenty-five short and beautiful minutes. I was in capable hands, and I held strong to my sacred conviction. I felt no pain. I had no compunction. I only felt satisfied exhilaration.

Tattoos symbolize a cultural coming of age, memories of fallen angels, expressions of love and pain, or pure whimsy. They may represent momentary lapses in judgment, or unassailable conviction. For me, the tattoo was a complete surrender to myself. I asked for no permission, I feared no reprehension, and I waited not for any accusation. I looked for no other’s approval and I remain deeply gratified by my own.  As I write, I lie against my shoulder blade, a slight tingle punctuating my writing, conveying a gentle reminder of the needle’s final rendering. Remorselessly, I smile.

I have been asked: why did you do it? What did your family say? Are you going to tell your mom?  And most pressing: what would your dad have said? This last question pierces a touch. My late father was my moral compass and my toughest hurdle. Surmounting his expectations of me has never been easy. Sometimes inflexible in his rootedness to tradition and mores, I suppose I never would have deigned to pierce my body in this way. My childhood was riddled with equal parts fear and guilt. I can say with forty-eight-year-old conviction: I suffer not what Papa might have said. I stand by my conviction with self-love and resolve – aspirational qualities that have taken decades to cultivate and years to reveal. My tattoo is the ultimate acknowledgment of self as moral compass, judge and jury. The verdict: I would unapologetically do it again. 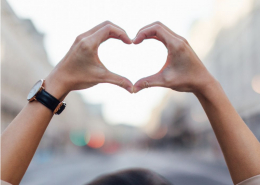 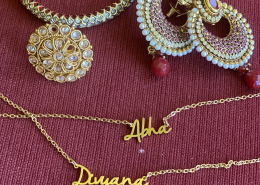 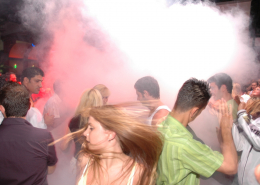 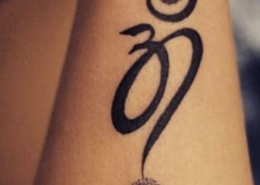 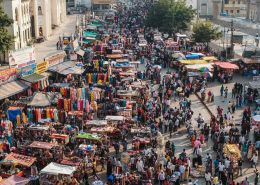 “True silence is the rest of the mind and is to the spirit what sleep is to...

Because it does not apply to me …
Scroll to top